Located in Union County, NJ, Summit, is a special and historic community over 20 miles West of NYC. There are many large homes that have a large wet basement.

Summit is deeply rooted in NJ history. During the American Revolution, Summits high elevation made it a perfect location for one of George Washington’s “Beacons”, or signals. The Beacon was used to warn soldiers of oncoming British troops.

The rolling streets of Summit are lined with large, turn of the century, homes. Many houses were built as summer homes to escape the city heat. Summit’s downtown offers vibrant shopping and a convenient train station with access to NY Penn Station known as the “midtown direct”.

Sections of Summit were developed in the 1950’s and the 1970’s. However, the majority of homes in town were built prior to 1920’s with basements.

The water table in Summit, NJ can cause a wet basement.

The word table provides an image of a flat surface, like the surface of a tabletop. Most people know that the water table has something to do with ground water. A high water table is especially common in areas where the soil is not well drained due to high levels of clay.

The water table lies underground and is the level at which the soil and gravel are completely saturated with water. There is often some seasonal change in the water table, due to rain or drought. When the water table rises, it does not just rise at your house, because it did not rain on your house only. The rain usually falls over a wide area of many square miles so all this water goes into the earth at the same time. 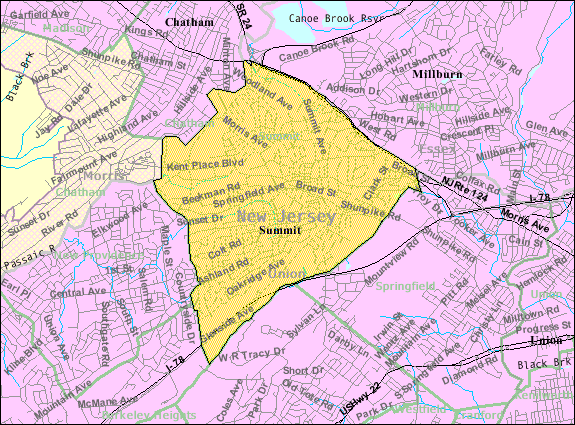 Get a Free Estimate and basement Inspection for Waterproofing Services in Summit, NJ 07901