Can you seal a wet basement in Kenilworth, NJ?

Kenilworth is a borough of Union County, NJ and is home to approximately 8,000 residents. The borough was incorporated in 1907 and is a little over 2.1 square miles.

Conveniently located off of Route 22 and bordering Nomahegan Park, Kenilworth has a rich history. During the Revolutionary War, one of George Washington’s signal beacons was located in Kenilworth. The beacon was placed on “Tin Kettle Hill” which was a tall earth mound perfectly situated for warning soldiers about the British troops movements.

Until the early 1900’s, Kenilworth was known as New Orange. The town’s name was changed when it was incorporated and the name is traced to Kenilworth Castle in England.

The Wet Basement is Below the Frost Line

Snow melts, rain falls. Much of this moisture is pulled deeper into the frost line by gravity. The frost line is the depth in the ground in which the water NEVER freezes. This is important in a building’s construction because if a footing and foundation wall are built above the frost line, the chances of that basement heaving will occur go up. Times of extreme seepage occur usually in early spring and late fall. Of course a catastrophic event like a Nor’easter or a Hurricane can happen at any time.

The basement that was once sealed with a coating of tar is now a wet basement. You could excavate the entire exterior of your home to re-seal the foundation, or, put in a French drain and sump pump. 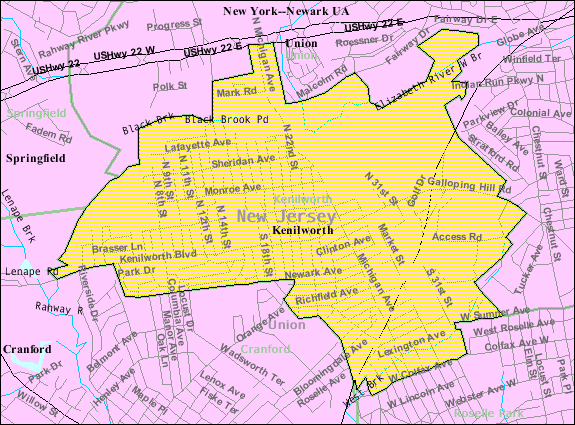 Get a Free Estimate and basement Inspection for Waterproofing Services in Kenilworth, NJ 07033