The Borough of Frenchtown is located in Hunterdon County, N.J. along the Delaware River, across from Bucks County, P.A. The Borough covers 1.3 square miles and has 1,373 residents (U.S. Census 2010).

The Borough was incorporated by an Act of the New Jersey Legislature in 1867 from portions of Alexandria Township.

The Town was named after ferry boat operators that worked on the Delaware river and spoke French, as well as, original settlers that spoke French. Prior to Frenchtown, the area was called Alexandria Ville and Sunbeam.

John Linus McAtee, American Hall of Fame Jockey and two-time winner of the Kentucky Derby, was born in Frenchtown.

Wet basement waterproofing with a French drain is preferred 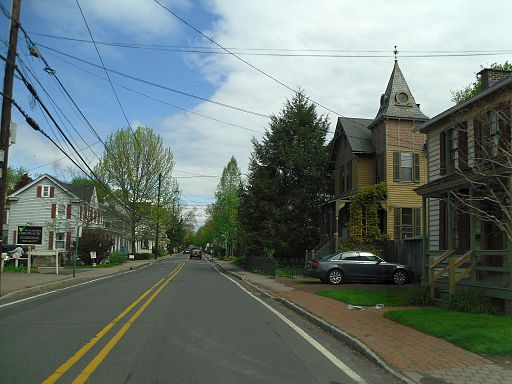 Get a Free Estimate and basement Inspection for Waterproofing Services in Frenchtown, NJ 08825